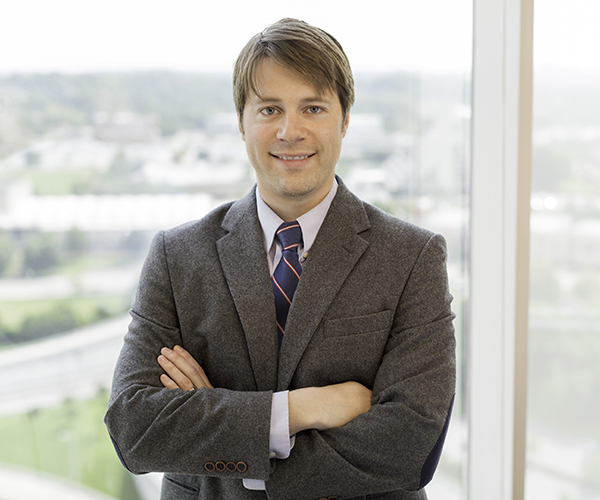 Disclaimer: The opinions expressed reflect those of the contributor and not SumZero, Inc.

Pershing Square is one of the world’s largest publicly traded hedge funds, whose founder and chief executive, Bill Ackman needs no introduction. Ackman popularized contrarian activism in the early 2000s with landmark deals involving Wendy’s and Barnes & Noble. In April 2018, after a multi-year losing streak and several high profile blunders, Pershing Square announced a $300M tender offer which closed in early May 2018. SumZero sat down with Garrett Arms, Portfolio Manager at Knoxville-based Moon Capital Management about his long call on Pershing Square, the tender offer results, the resilience of Bill Ackman, and his value investing philosophy.

Avery Pagan, SumZero: What about the Pershing Square tender offer attracted you to this opportunity, despite inherent risks such as the fund’s volatility?

Garrett Arms, Moon Capital Management: If you were buying specifically to arbitrage the tender offer, the trade only involved going long the underlying portfolio for two weeks. The discount to NAV didn’t compress following the announcement of the tender offer, so we believed there was a low probability of the spread widening over the tender period, given that there was no tender premium baked into the stock price. The upper range of tender offered a 9% gross yield, so you were effectively going long Ackman with the chance of getting taken out at 109% of par with a few weeks. We viewed that as a pretty asymmetrical risk-reward. To paraphrase Mohnish Pabrai, it was a “heads, I win; tails, I don’t lose” bet.

Pagan: Can you elaborate on Pershing Square’s recent tender results and the game theory at play?

The tender was structured as a reverse Dutch auction where owners of shares would bid the lowest price at which they would sell their shares. The price accepted would be the lowest price at which the entire balance of shares could be repurchased. If you ended up tendering at a higher price than the eventual strike price needed to acquire the entire balance of shares, your shares wouldn’t get called. So the trade involved trying to gauge the collective response of other participants with less than perfect information and making your bet from there.

Pagan: Why do you think the arbitrage spread did not narrow as materially as expected?

Arms: When the arbitrage spread failed to materially narrow over the course of the tender offer, it became easier for arbitrageurs to purchase Pershing Square Holdings immediately prior to the tender close with essentially no mark-to-market portfolio risk and tender the shares. There was not a perfect way to hedge the trade, but as the tender offer approached the close date, the timing increasingly created a hedge. With de minimis market risk in the equation, executing the trade immediately prior to the tender close date and tendering at a much smaller discount made perfect sense. And many people and computers are in the business of doing just this—tendering to earn 100 basis points in a week with no market risk is a good proposition for them. Or anyone else, for that matter.

Pagan: Bill Ackman has publicly pledged to refocus his efforts on investing and cut his management fees in response to Pershing Square’s multi-year losing streak. What do you make of these efforts to shore up performance and regain investor trust?

Arms: As far as the publicly traded vehicle is concerned, the recent management fee reduction is purely related to the Allegan settlement that was paid out of the funds. In other words, Pershing underaccrued its legal/settlement expenses initially, allowed its incentive fee to crystallize based on some version of that accrual, and is now paying the unearned performance fee back in the form of a reduced management fee. I don’t really view this as a legitimate management fee cut to be marketed as some benevolent act toward shareholders. As far as the private funds are concerned, I don’t have any insight relating any fee structure change.

I would bet that things are less different at Pershing than the company would lead you to believe, which might not be a bad thing—the firm’s process worked well for a long time. From an optics standpoint, they obviously had to offer the customary mea culpa with some explanation about how they are getting back to their core. I take most of that with a grain of salt.

Pagan: After several high profile losses and almost $2B in redemptions, is the reputational damage to Ackman and Pershing Square permanent?

Arms: I highly doubt the reputational damage is permanent. It is certainly not something that a couple of strong years of returns wouldn’t cure and Ackman has a pretty good long-term batting average. The brevity of investor memory will allow the recent performance to get papered over, unless the mistakes keep compounding. And judging by the extent to which he has been crucified lately, the recent period of Ackman dismissal will probably turn out to be a good contrarian indicator for the fund

Pagan: How do you see Ackman emerging from this losing streak? Will he make fundamental changes to his investment strategy and continue to diversify away from pure-play activist investments?

Arms: I struggle to see Pershing’s investing strategy changing much. At the margin, maybe Ackman keeps a lower profile for a few years

Pagan: Historically, has Ackman relied too heavily on the structure of his private capital vehicle and tight lock-up policies for survival? How is this problematic?

Arms: With the advent of his publicly traded fund, the structure of his private vehicles matters less than ever. More than half of his asset base is permanent capital. I have seen some interesting articles about front-running the potential liquidation of Pershing positions—I hope people aren’t actually taking them seriously.

Survival risk is now zero and prior to the inception of the public fund, performance wasn’t ever an issue. You could say that the timing of Pershing Square Holdings IPO was fortuitous.

Arms: When you maintain such a high profile and exude that much confidence and things go poorly, by default, you are going to attract proportionately larger criticism. I heard one activist refer to it as the “downside of what was the upside of being Bill Ackman.” Whether that weighs on investment returns over the longer term, I am not sure. The fund used to be beneficiary of a double-digit bump for every activist target announcement. It will certainly be easier for management to push back against a Pershing Square agenda for some period of time.

Pagan: Do all activist investors have a shelf life?

Arms: In some form or another, Carl Icahn has been in the activist game since the late 70s and still seems to be doing ok. There is obviously a wide range of quality in activist approaches and the pendulum has probably swung too far in favor of activism, so some of the short-term oriented, marginal players may see their shelf life expire sooner than they anticipate. In general, we are a fan of having a big owner in the boardroom, especially one that is focused on shareholders. So, on balance, we think activists play a necessary role.

Pagan: What are your guiding principles as a value investor and what advice do you have for others?

Arms: A couple of basic guiding principles include leaving emotion out of the equation and thinking like an owner that is buying a piece of a business. Doing the latter should help with the former because when you haven’t done the real legwork to value the business, pricing movements can cause your emotions to take over and when your emotions take over, you tend to lose every time. Lastly, you should be resolute in your convictions while maintaining the ability to change your mind if provided with enough disconfirming evidence, which you should seek.

As far as advice on becoming a better investor, a couple of thoughts come to mind based on a person’s initial level of competence. First, gain a thorough understanding about the basics of financial statements and market psychology. Read all of Buffett’s annual letters, The Most Important Thing, and The Intelligent Investor. Once you have gained basic financial literacy, the best return on your time would probably be to spend it reverse engineering stock picks of all the great investors in the business. The value add is higher than analyzing something in real-time because there is a positive selection bias and feedback in the form of results is already available. Once you spend a few thousand hours of deliberate practice doing this, you can start allocating your time to investment research that is more actionable. Investment research is reading 10-Ks, not reading fluff pieces and staring at price action on a screen.

Another piece of advice would be to work to become more multidisciplinary. Investing lies at the intersection of a number of different disciplines, so read widely and be intellectually curious.

Pagan: Where else do you see pockets of opportunity in the market today? Does Moon Capital Management have a sector or geographic focus?

Arms: Moon Capital has no specific sector or geographic focus. The funds are structured with an investment mandate that provides wide latitude to go wherever we think there is value. That said, we tend to keep the balance of our assets invested within the US and a few other developed countries where we are comfortable with the well-established legal and corporate governance systems in place.

Asset prices are fairly elevated across the board, so most of the pockets of opportunity we are finding are specific, rather than thematic in nature.

One of the few things we recently purchased was Adient—the spin from Johnson Controls. We think the company earns $10 per share two years out, once some of the issues in its Seat Structures & Mechanisms division are resolved. The stock trades at $56 with a market cap of $5.2 billion. The company’s Chinese JVs will earn $430 million this year (ADNT’s share) and have $7.00 per share in net cash that isn’t consolidated on Adient’s balance sheet. Back that out at the appropriate multiple for Chinese comps and you wind up paying something approaching three times EBITDA for the core/ex China operations. Seating is typically decent industry, too—two companies own the market and use scale to generate attractive returns. If you look at the history of Lear, the company had great returns on capital, until Icahn pushed them to overlever into 2008. Adient is the same size as Lear, but trades at less than half the market cap. We can’t think of an obvious reason its operating margins shouldn’t begin to approach those of Lear over time. The company has a relatively new CFO from Visteon that has some experience and success with managing margin improvement and they are starting to move in the right direction.

We also recently bought KKR. KKR will be dropping the K-1 and becoming a corporation effective July 1. At the current price of $21.50 a share, net cash and investments account for 68% of the market price ($14.56 share). This book value compounded at 17% last year (after distributions) and is up more than 100% from 2010. The residual $7.00 a share of enterprise value covers the value of core fee-related earnings stream. At the current price, an investor pays around 6x for the residual fee based business. Alternatively, an investor receives all future carried interest for free, plus an option on growing AUM and fee earnings (KKR has raised more than $40 billion of new capital in the last 12 months), if the base management fees are worth 10x earnings. These management fees are recurring, given the locked-up nature of the capital—more than 70% of AUM is locked up for at least 8 years. The partnership financials are messy, but this should clear up with the change in status to a corporation and help reveal the massive valuation discount. The c-corp earnings will also have a tax shield over the next several years, due to a tax basis step-up from the conversion.